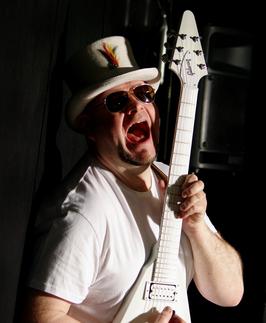 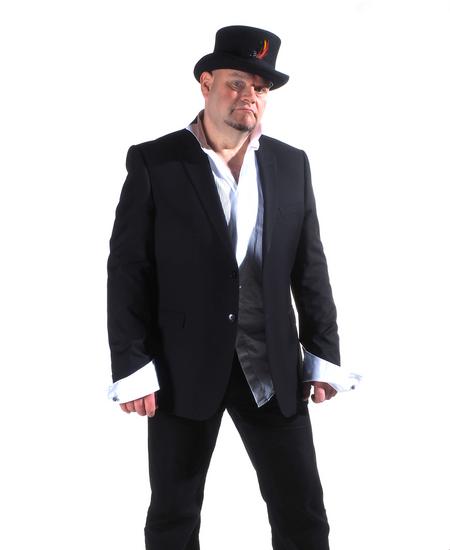 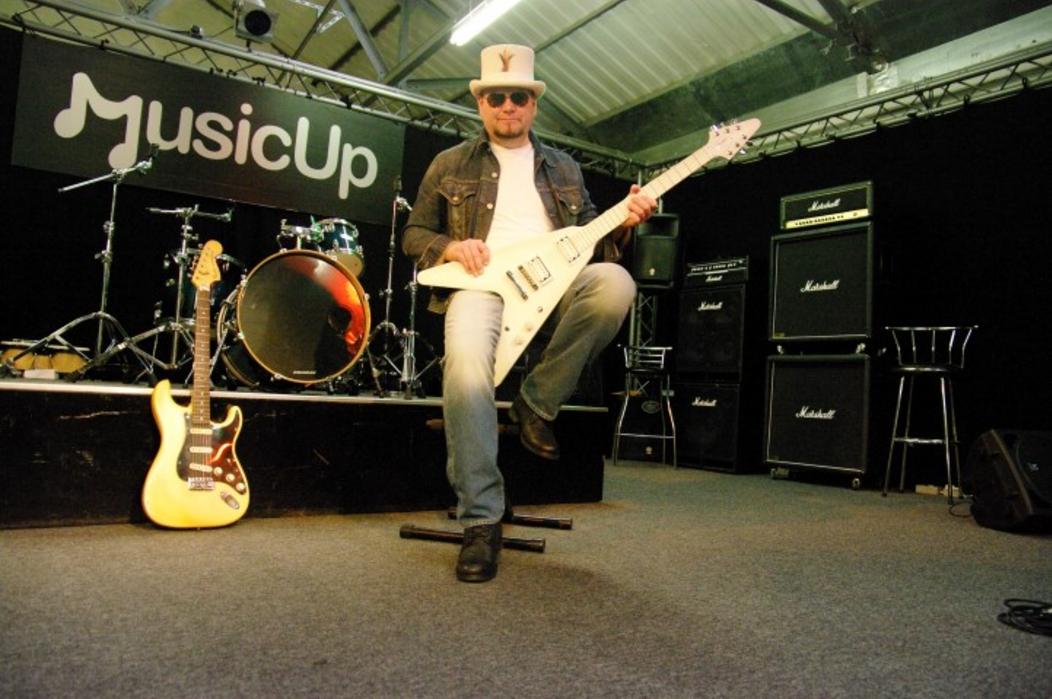 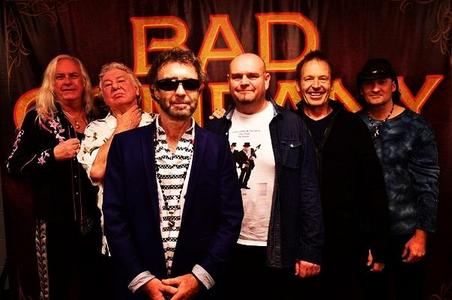 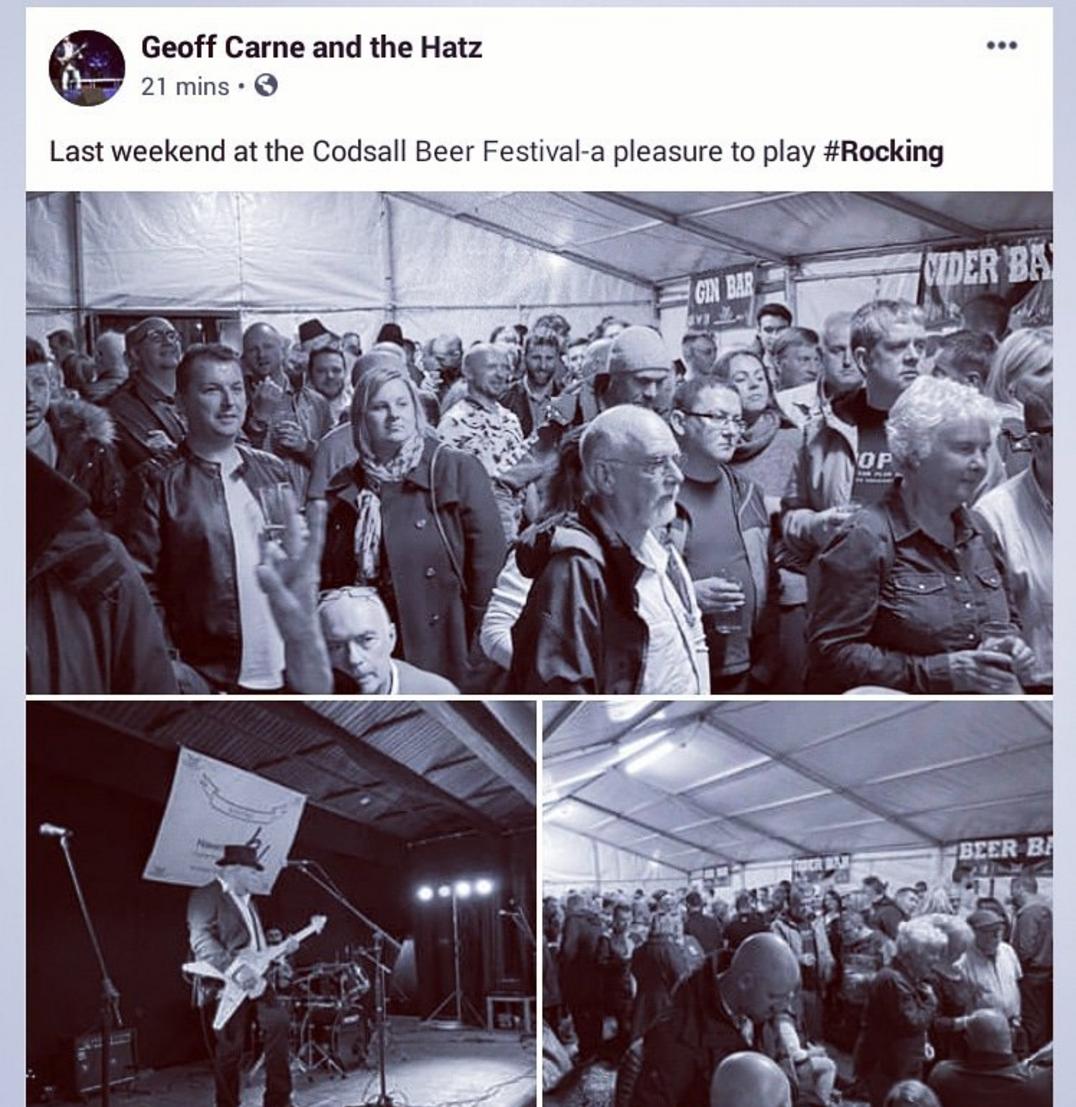 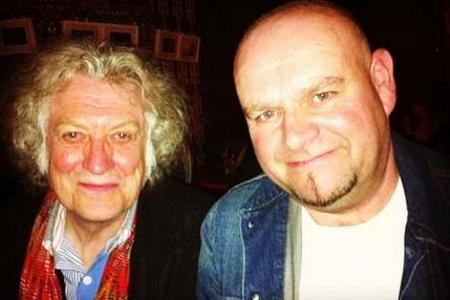 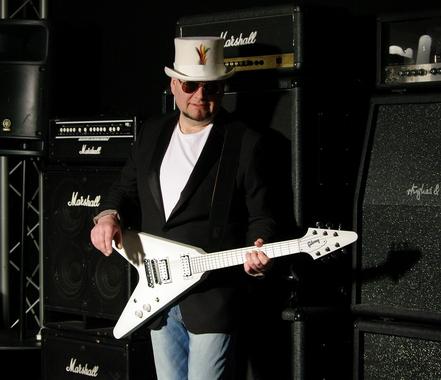 ​Geoff joins Bad Company at the Metro Arena, Newcastle in 2016 on the Swansong tour.

​Geoff Carne & the Hatz at the Codsall Beer Festival, Wolverhampton. 2019.

​Geoff originally born in South Manchester spent most of his formative years in the Northern town of Carlisle. Guitar trained by local bluesman Olly Alcock who was known for his band 'England'. The initial 'England' band formed in London following his move from his native Huddlesfield included a certain John Waite who had a worldwide hit with 'Missing You'. Geoff then started out on the Cumbrian pub/club scene with local act 'Index' then progressing to form his own band 'Tel Aviv'  initially as a covers outfit then developing his vocals and songwriting in the Pop/Rock & Stadium Rock genres. The band received interest from major record companies such as MCA and CBS in the mid-'80s but with A&R staff changes the interest was lost and the band retired.

​In the summer of 1987, Geoff relocated to the capital city, London armed with a self-pressed single 'Stand Up' to promote following up with the more indie-rock single release called 'London Life' the following year which gained indie acclaim and a play by the BBC's one & only Dj John Peel.

Later in the year of 88, Geoff joined West London's melodic rockers 'Dream State City' where he met drummer, Mick Hatz (See the 'LINKS' section). The band worked mainly on the then busy London circuit with some interest from Warners in Germany until they called a day after 3 years together.

A two-year break to recover from health issues then had Geoff back up and running on the UK's acoustic circuit backed further with a release of the 'Dock of the Bay' E.P. a cover of the Otis Redding classic along with a couple of originals featuring the hypnotic 'Pressure You' in the summer of 94.

​While demoing some folk violin-inspired rock with producer Paul Mex (see 'LINKS' section for website) in the year 1996, dance-styled mixes of the material were made and the 'Saved By Zero' dance project was born. The SBZ output carried on up to 2013 with tracks making various dance chart positions on 12" vinyl along with a USA songwriting award in Florida.

Geoff's initial musical influence had come from the likes of Bad Co/Free and the early Whitesnake. He felt it was time to go back to his blues-influenced rock roots and this led him to write and release the 'One to One' Album in 2014. Searching through the Youtube channel Geoff found some old videos from the 'DSC' band posted by drummer Mick Hatz. The two reconnected and started the live act of 'Geoff Carne & the Hatz'. They released an album 'Get Close' in 2016 along with other E.P. and single releases. Mick retired in February 2020 going out on a high with the classy 'Caught on the Outside' single.

Moving on Geoff is now releasing acoustic versions of new material and then passing it on to a band of session musicians known as the 'Raw Rox Band'. The 'Big Town' Album was produced in the summer of 2020 following the songs released as part of a 'Solo Acoustica E.P.' series. Next up the 'Shakedown' Album acoustic version was released in April 2021 and the 'Raw Rox Band' version was released on Friday the 16th of July 2021. The end of October 2021 saw the acoustica release of the 'Love Gun' E.P.  followed in the early spring of 2022 with the 'Raw Rox Band' version. Next up will be the 'Rock the Blues' E.P.

Geoff having a drink with former Slade frontman Noddy Holder back in 2013. Noddy did reveal he was asked to join AC/DC prior to Brian Johnson