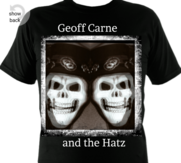 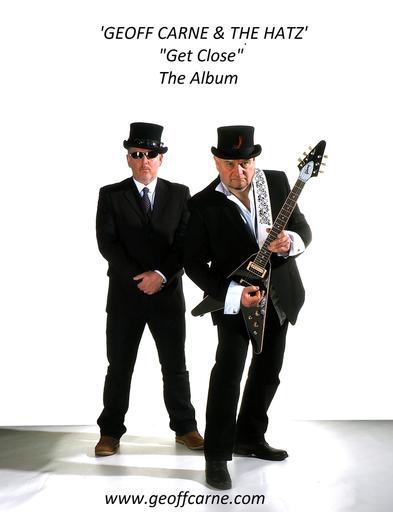 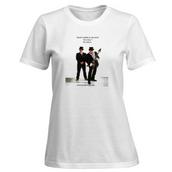 (More reviews on the Music page) 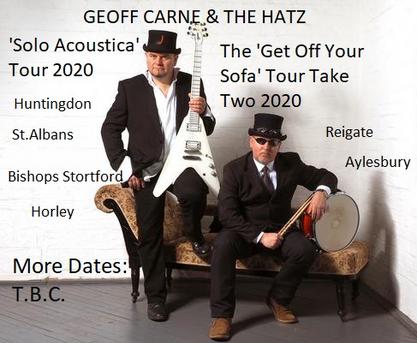 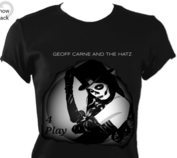 Bishops Stortford Acoustic Club at the Half Moon 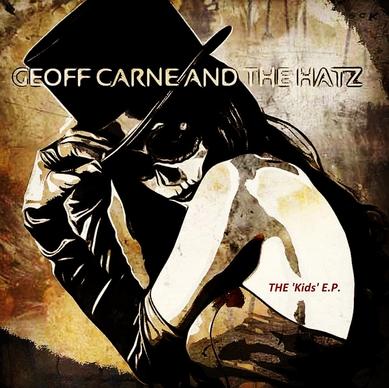 Geoff was inspired by the likes of Paul Rodgers (Free/BadCo),Rod Stewart & the Faces and David Coverdale's Whitesnake in his early days and has now found time to return to his British Rock/Blues influenced roots.This can be found in his solo releases-'For You','Back On the Road Again' 'Crazy Blues','Carry Our Soul','One to One' and 'Its the not knowing' that are available on all good digital sites & streaming services such as itunes,Amazon & Spotify etc as singles or part of the "One to One" Album released in 2014.

New releases under the GC & the Hatz guise (With drummer Mick Hatz) "Lost in You" came out on April 1st 2015,with 'Who's Foolin' Who?' released on the 16th of June & the title track of the forthcoming album 'Get Close' released September 2015 .One more single 'Another Piece of Me'  came out Feb 14th 2016.The CD album released which was produced towards the band's two piece live sound and set-up was released on April 19th,2016.

New material 'Choon','Medicine Man' and a Kate Bush song 'Babooshka' all recorded live at Superfly Studios have been released this year.A studio single 'Forgiven' was released on the 23rd of June 2017.

New material was released on February 28th 2018 in the form of the '4' Play E.P. featuring 'Down and Out','Maybe Someday','Medicine Man' (Version 2) and the remixed piano version of 'Forgiven'.

A seasonal song for December 2018 called 'Christmas Time' was released on the 3rd in a four version package.

A new album 'Big Town' is now in the writing stage for the summer 2020 while a 'Live at Superfly' session will see the release of the single 'Caught on the outside' in November 2019 with 2 studio versions in January 2020.Geoff Carne's Acoustica E.P. expected around Feb 2020. 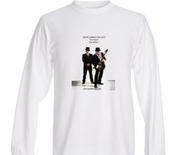