Mick is a born and bred West Londoner influenced by the 60's era music such as The Beatles, the Stones, the Who, and the Motown acts. It was on hearing the Who's Keith Moon that set alight the fire to become a beatmaker.

Mick started out with 'Sacred Heart' a local act on the London circuit (remember the likes of the Marquee, the Rock Garden, and the Fulham Greyhound?) in the mid-'80s. Following the band's closure, he formed 'Dream State City' auditioning a certain Geoff Carne. 'DSC' split after 3 years with Mick keeping his drum skills alive with session playing and fill-in slots. Mick re-joined with Geoff to form the guitar & drum collaboration with an album, E.P., and single releases within a 5-year span. Mick retired in February 2020 with the release of the classy 'Caught On The Outside'. 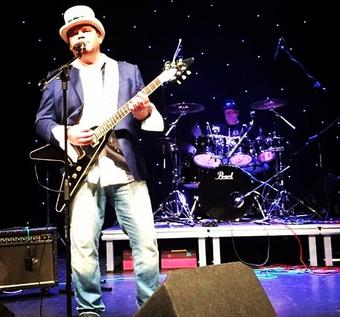 Sue Lacey captures the guys guarding the toilets at the Watford Colosseum. Prior to their warm-up set for Dr. Hook. 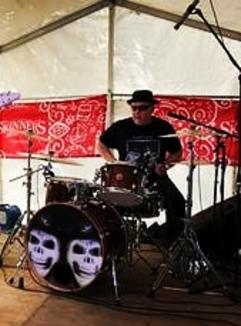 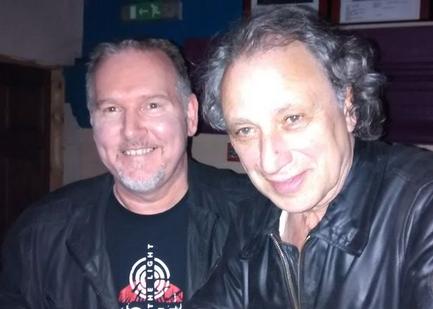 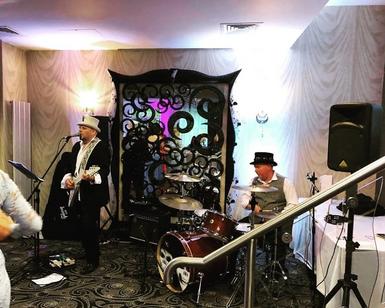 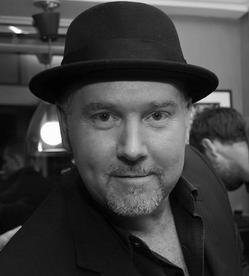 ​Mick playing at his son's wedding 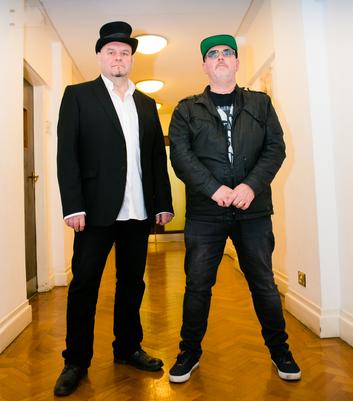